What if you went to work tomorrow and your CEO asked you to do something that you believed to be wrong. Would you do it? No?

Let’s say that what you are asked to do is misrepresent the financial health of the company. Still no?

Let’s throw in that the misrepresentation is supposed to be temporary and is merely a “technical” misrepresentation. You’ll be “checking Box A instead of Box B” on an “unimportant form”. The company will correct the “error” in the near future. It’s necessary to make the misrepresentation now in order to avoid triggering a financial default which would lead to huge negative outcomes for the business. And, it’s guaranteed that the company will have everything it needs very, very shortly to be in financial compliance. It’s really just a timing issue, nothing more. Are you still at no?

OK, now let’s add that it’s bonus time. You’re expecting a nice, sizable bonus. You’ve earned it. You worked very hard for it. You are planning to use that money to pay off some of the debt that has been hanging over your head like the Sword of Damocles. But if the company experiences a financial default, there will definitely be no bonus. You will also be your CEO’s least favorite person. Probably not a good spot to be in when it comes to future bonuses….or job security. How about now, still no?

Perhaps your answer is still no, but I’ll bet you know a lot of people who would shift to yes. After all, they would say, what’s the harm? No one is getting hurt. It’s a timing issue, right?

At some point in our professional careers, many of us will likely encounter a situation in which we are asked—perhaps told—to do something we believe to be wrong or even illegal. Most of us are not prepared for this when it happens. This lack of preparation enables us to fall prey to rationalization—our own and that of anyone else who may be attempting to coerce us to act. Rationalization is the means whereby good people do bad things. It is the road down which many good people have traveled and found at the end an orange jumpsuit bearing their new name—a prison ID number.

Think this could never be you? Consider this: 80% of individuals convicted of white collar crimes are first time offenders. Many are moms and dads. Some coach our children’s little league teams and others are community volunteers. Most would describe themselves as good people and would be described by others as good people. And yet, they ended up being described by the penal system as an inmate.

An example of one such individual is a financial professional named Harold. Harold was a dutiful employee who served as Vice President of Finance at a hedge fund. One day, Harold’s boss asked him to create a spreadsheet showing the status of promissory notes owed to the fund by one of its investments. He asked Harold to indicate in the spreadsheet that the notes had been paid in full when, in fact, they had not. Harold was asked to pass this spreadsheet along to one of the hedge fund’s investors when it was completed. Harold complied.

Harold lost his job. After some months, he found a new one and began to move on with his life. A little over a year later, the Feds came knocking.

Harold was arrested and charged with one count of conspiracy to commit wire fraud. The government’s case against him rested on that spreadsheet. Even though Harold did not know a Ponzi scheme was taking place, and even though the Ponzi scheme had been taking place for some time before he created that spreadsheet, the government asserted that Harold’s spreadsheet enabled the Ponzi scheme to continue. Harold had knowingly, falsely indicated that the promissory notes had been paid. If it had been clear to the hedge fund’s investors that the notes were not being paid, they may have been able to discover the fraud sooner. In the charging documents, the government acknowledged that Harold had made this false assertion at the behest of his CEO. They also said that didn’t matter.

Harold didn’t believe that he should be held criminally liable for this but faced with long odds against winning at trial and the enormous financial expense he would incur defending himself, he accepted a plea bargain. He was sentenced to 366 days in prison. Harold had worked at the hedge fund for just 15 months. He had an annual salary of $150,000. He worked hard and did what was asked of him. His compliance netted him the loss of a year of his life and a permanent tag: white collar felon. 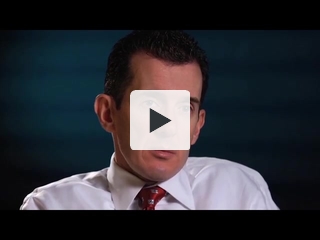 So what would you have done? Would you have complied? It can be easy to say no now, knowing the outcome of this situation, but the best protection against going down a path like this one is to prepare yourself before you are confronted with the situation. One way to prepare yourself is to develop a personal code of conduct. Review it often. Post it in your work area where you can see it throughout the day. Use it as a guide in your decision making. It can also be helpful to identify a code buddy, someone who can help you work through a difficult decision.

Plan out how you would respond in a situation in which you felt pressured to do something you thought was wrong. What would say? How would you say it? What actions would you take? Would you excuse yourself from the room to give yourself time to think? Who would you talk to?

Being placed in a situation in which you are pressured to do something you believe to be wrong is akin to being in an emergency situation. In an emergency such as a fire, your odds of surviving increase significantly when you have a plan for how to respond. So to in an ethical emergency. Your very best chance for making the right decision rests on having a plan for how you will respond before the situation occurs.

Interested in learning more about Harold’s story? Watch Helios Digital’s Crossing the Line: Following the Boss’s Orders, Episode 4. For a very limited time, this episode is available to be viewed for $1.99. You can access the episode through the Helios Digital online store here.

Media Appearance – In the Loop

Warning: file_get_contents() [function.file-get-contents]: https:// wrapper is disabled in the server configuration by allow_url_fopen=0 in /home/p16t2tl0/public_html/wp-content/plugins/custom-twitter-feeds/inc/CtfOauthConnect.php on line 243

Warning: file_get_contents(https://api.twitter.com/1.1/statuses/user_timeline.json?tweet_mode=extended&screen_name=ivywalker&exclude_replies=true&count=10) [function.file-get-contents]: failed to open stream: no suitable wrapper could be found in /home/p16t2tl0/public_html/wp-content/plugins/custom-twitter-feeds/inc/CtfOauthConnect.php on line 243